We should have bought a carpet

In Eric's effort to make our weekend in Istanbul special he casually mentioned to a very persistent carpet salesperson that we didn't want a carpet but we would be interested in tickets to a football playoff game between Fenerbache and Besiktas. I should mention that I was not yet in Istanbul so Eric got sucked in all by himself.

To make a long story short, the tickets cost more than they originally agreed upon and Istanbul was flooded with the rain storm of the century. after hearing the fight songs for each team and watching what appeared to be a Fenerbahce cheerleader fully clothed in black long sleeves and long pants slip and fall on her butt and the official looking referees toss around a soccer ball which stopped dead in its tracks when it in the puddles in the turf, game was called off. Our new "friend" Arkan was first out the gate and suggested we enjoy an expensive dinner of fresh fish, raki, and live music, not necessarily in that order, to drown our miseries and end the date on a positive note. Of course he would join us.

Ok, so we got "had" by the carpet salesman in several ways: we paid scalper prices and I'm sure carpet man got a cut, we saved our stubbs ( carpet man did not) but because the game is rescheduled for Monday and we can't stay, we gave carpet man our stubbs so he can resell them yet again, and we bought the dinner and the raki. In Eric's defense, the game would have been really cool and the carpet salesman was pretty entertaining and I got another story for my blog. But an actual carpet would have been cheaper. 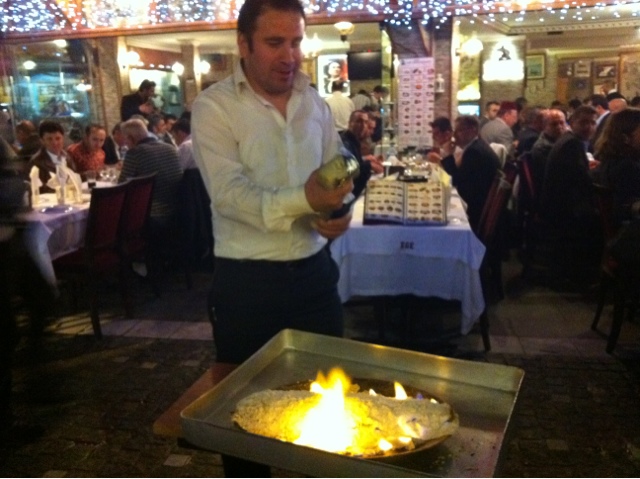 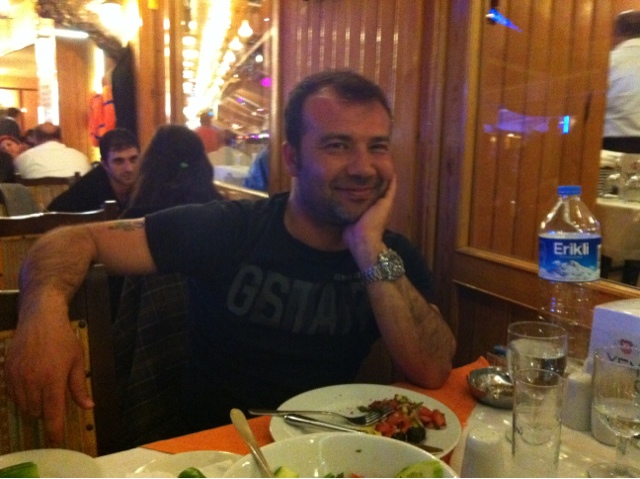