Yesterday Eric and I were oscillating between a hike or a visit to some famous ruins. Luckily we found a win-win solution. Described as one of Turkey's prime attractions, Termessos could be both a hike and a tourist attraction. Situated in a beautiful, pine-laden national park, these ruins were fun to discover hidden among rocks, tree, and hills. The ruins are well preserved probably because they are too far from anything and too steep of a climb for only but fittest of foragers to carry off the giant stones left in the village.
Termessos was probably settled by some warlike tribes who found a niche in a mountain where they could collect customs from weary travelers heading to the beach for a nice warm swim and annual bath.
Who knows. Maybe they arrested those travelers who couldn't pay and made them carry stones to build the large ancient imax theater (see photos) and the Odeon (small theater).
Whether my stories about the ruins are true or not, the point is that visiting them made for a fun hike. 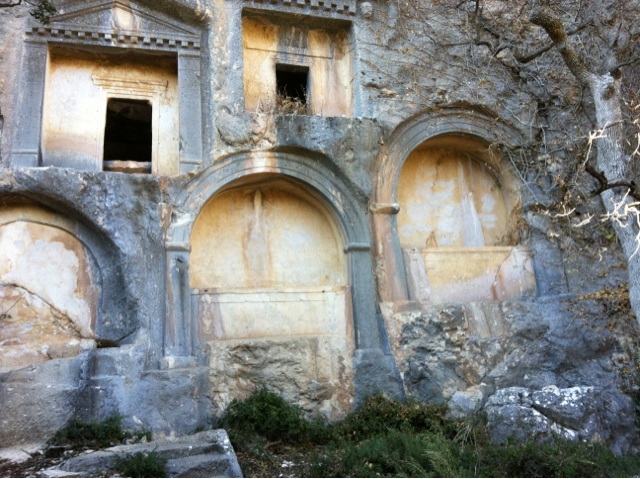 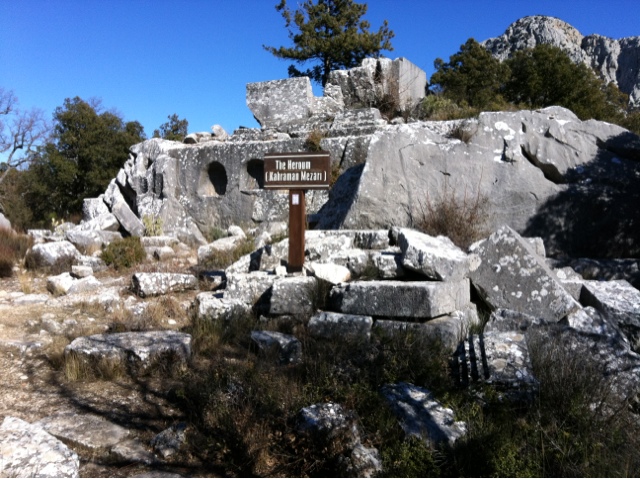 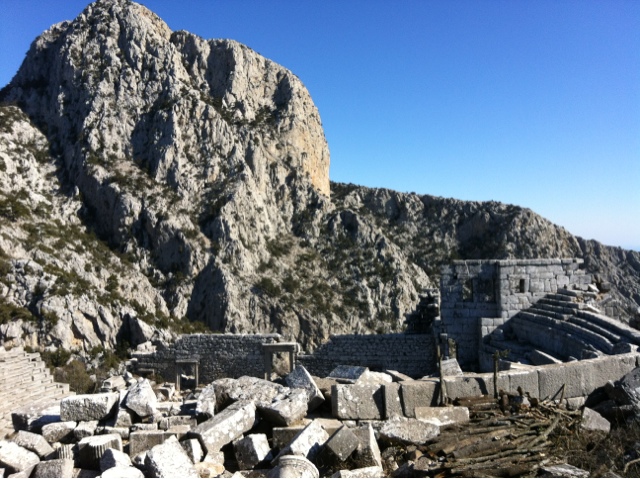 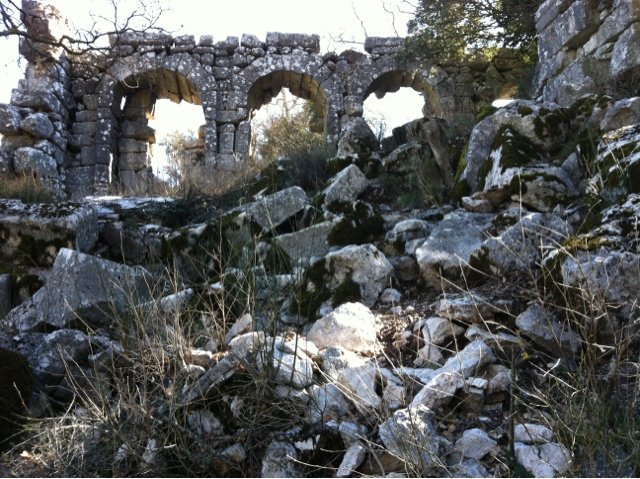