I was almost mentally prepared for the 75 kilometer bike ride today that I'd signed up for and embarked upon this morning at 9:00 a.m., but when, after pedaling for almost 4 hours and after having  passed 3 exit signs for Kemalpasa, what I'd thought was our destination, I knew I was going to have to dig deep for enthusiasm, energy, and enjoyment because this was going to be a long day. It already felt longer than 35 or 40 km which would have been half-way.

The reason I'd signed up for this trip was because I'd been to Kemalpasa before. It's a cute village nestled among some mountains so I was anticipating some windy, hilly one lane donkey cart paths..I actually love these little villages and roads. But the reality was I was riding on was a 4 - 6 lane divided highway complete with on and off ramps, piles of litter along the side of the road, and factories spewing smoke and emitting very nasty manure-like smells, and guard dogs chasing us (or barking from their chains..which was better and safer for us) every 100 yards or so. One smart guy even brought what I thought was a tazer that he was shooting at the dogs. He would point it at them, a blue light would go on and the dogs would whimper away. Lucky for me, however, it must have been a noise emitter because he was rather careless with his pointing and aimed it several times in the direction of us the bikers but nothing happened.Thank God because I was just imagining writhing on the ground in agony from an electric shock.

At 4 1/2 hours into the ride, we stopped at a little restaurant/house. I was so happy..not only was my  tush sore because I haven't ridden in over a month, but I was starving, too. Unfortunately, the man indicated he was closed on Sunday. This was his loss..well, ours too because we were starving..but I'll bet the 14 of us may have been more income than he'd had the entire month...But his loss was our gain because we rode another 5 kilometers(who's counting? Oh, I was) down the highway. We pulled into what turned out to be a lovely, clean...actually I should say, clean, lovely restaurant..Our odemeters registered 55 kilometers. We all inhaled a delicious meal of homemade chicken soup and iskender...meat on top of bread slathered with a yogurt, tomato sauce. We then mounted our bikes and started the long journey home.

The good thing about living on the coast is everything from inland is downhill heading home.The ride was much quicker and easier, and we almost got back to our respective towns before it was too dark.

I was able to muster just enough energy to stop at the grocery story en route to my house.  I'm glad I did because this stop was the highlight of my day. Just as I was trying to swing my very exhausted leg over my seat to park my bike, a strange woman approached me, pointed to my gold earrings, pointed to the newly risen crescent moon and indicated we needed to make a wish. Apparently gold and crescent moons are special so we turned, faced the moon, and shared this special wish making moment in silence. I thanked her for sharing this bit of tradition and culture and we introduced ourselves. It was a very special, sentimental moment and the start of a tradition that I will continue indefinitely. By the way, my wish did come true and that was to have enough energy to make it home and to give the Turkish drivers enough patience and eyesight to see me while I was riding in the dark. 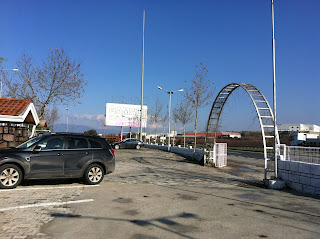 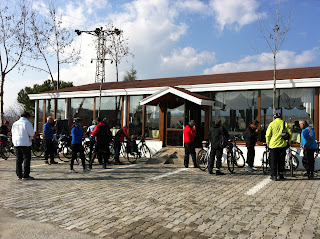 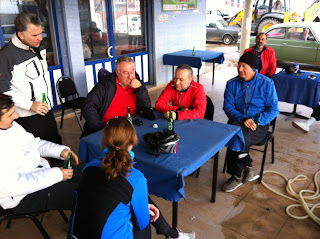 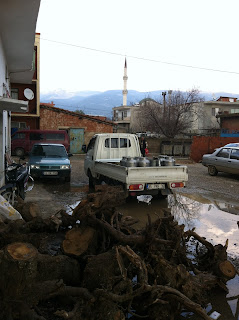 In case you're wondering, the final total was 110 kilometers or about 70 miles..Normally, that's a doable day but the key is to be mentally prepared...Today, I just wasn't...

I've attached some pictures for you to grasp the "beauty" of the day.